So I'm going to depart from my usual recipes to do a showcase post. I've been debating doing this for a while but since I don't actually have any new recipes this week I figure what the hey, go for it and see what happens.

The first showcase I'm going to put up is one I did a few months ago. It was ordered by a friend for another mutual friend's birthday. He's from Columbia and over here to study so the idea for the cake was the Columbian flag; yellow, blue and red stripe. The cake was vanilla sponge and the icing was chocolate fudge buttercream and both of these recipes can be found in the blog :) 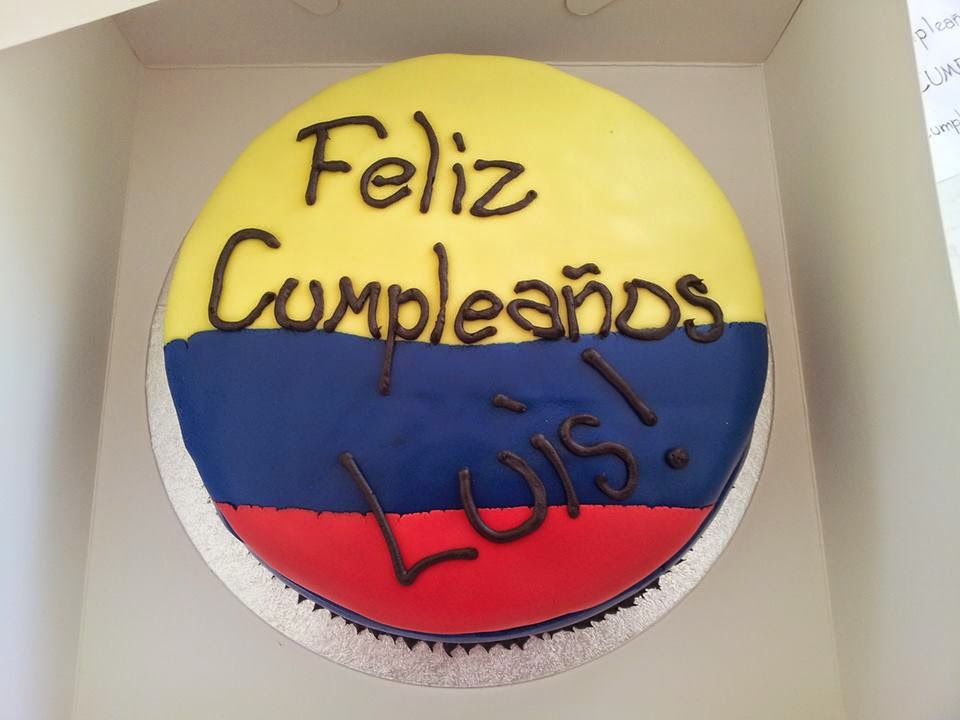 Posted by Unknown at Tuesday, December 16, 2014 No comments: